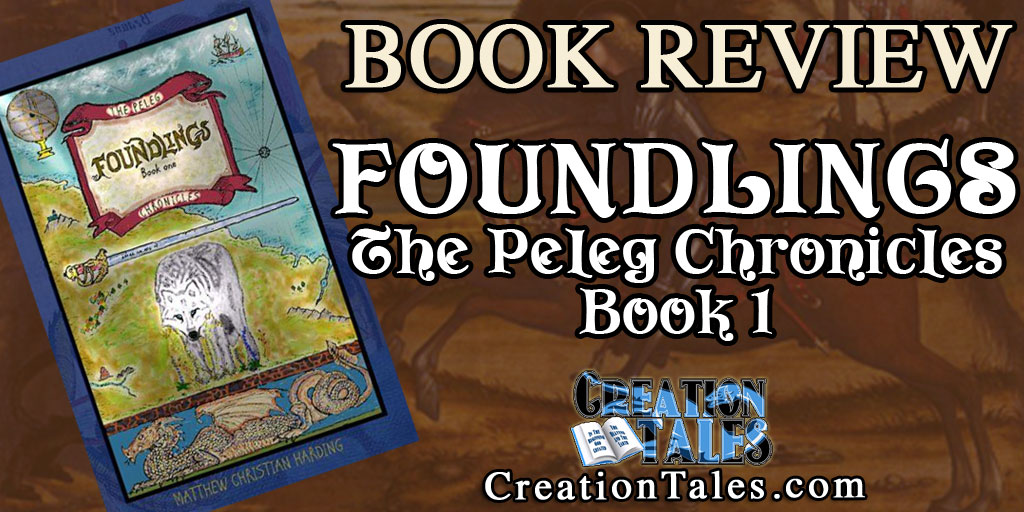 Lord Of The Rings Meets The Bible

- that was my first impression as I read through this great book for middle grade readers! It's titled "Foundlings" and it's book one in the Peleg Chronicles" from author Matthew Christian Harding.

This is, first of all, a Christian book! Characters often stir themselves up with scripture from the Bible or hymns that praise God.  They run into obvious challenges and violence, but there's no language, no bad situations and the characters are a lot of fun!

The story takes place some time after the fall of Babylon, when men were dispersed across the planet. It follows a number of interesting characters but all of them are tied together by Lord McDougal, an unlikely hero.

McDougal is a lanky, unpolished and sometimes clumsy Lord (that means he's upperclass.) He has recently been cursed by a witch, so he has lost most of his life's possessions. Plus everyone, except McDougal's trusty servant Fergus, have either left him or died. But McDougal keeps trooping along, serving God and his fellow man as he sees fit. 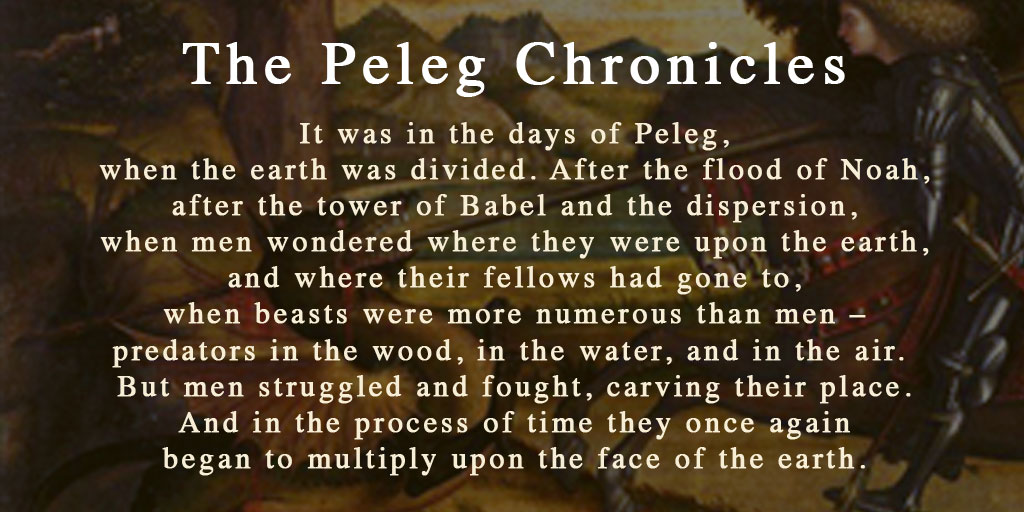 Adventure stirs up immediately as our character fights giants, dragons, priests that serve other gods and more! McDougal has the uncanny ability to stir up trouble because he takes his duty (as Lord, judge and servant of God) very seriously. A team of adventurers is built by the end of this book including the dwarf Gimcrack, Igi Forkbeard, and Oded the Bear.

There were a couple stumbling blocks for me in the book, but they would not keep me from reading it again. There is a chapter when a young boy, Thiery, witnesses to a soldier named Igi Forkbeard. I love Thiery's heart, but I think the author made this particular chapter a little difficult for young ones to read. There's a lot of scripture reading from the book of Job, in this chapter. It would have been nice if the witnessing could have been simplified so young one's could easier understand it.

In one other place there was a similar witnessing that got a little deep, but it wasn't as hard to follow as the chapter quoting Job. Never the less, you and your kids will still love this story. It's frequently in Amazon's top 20 Christian fiction books for children.

Best of all, the ebook is currently FREE on Amazon! I'm sure the author believes you'll like it so much that you'll want to read his other books. And you will, because this book ends with a cliff hanger. (Dog-gone!) It didn't tie up the loose ends I hoped it would. Instead they continued to unravel more and more! Just when you thought all the characters would finally get together, they are met with trouble!

But that's enough for now. I don't want to give away the whole story! I highly recommend you check out Foundlings.  It's book 1 in a 3 part series titled The Peleg Chronicles.  I placed the links below in case you'd like to check them out. 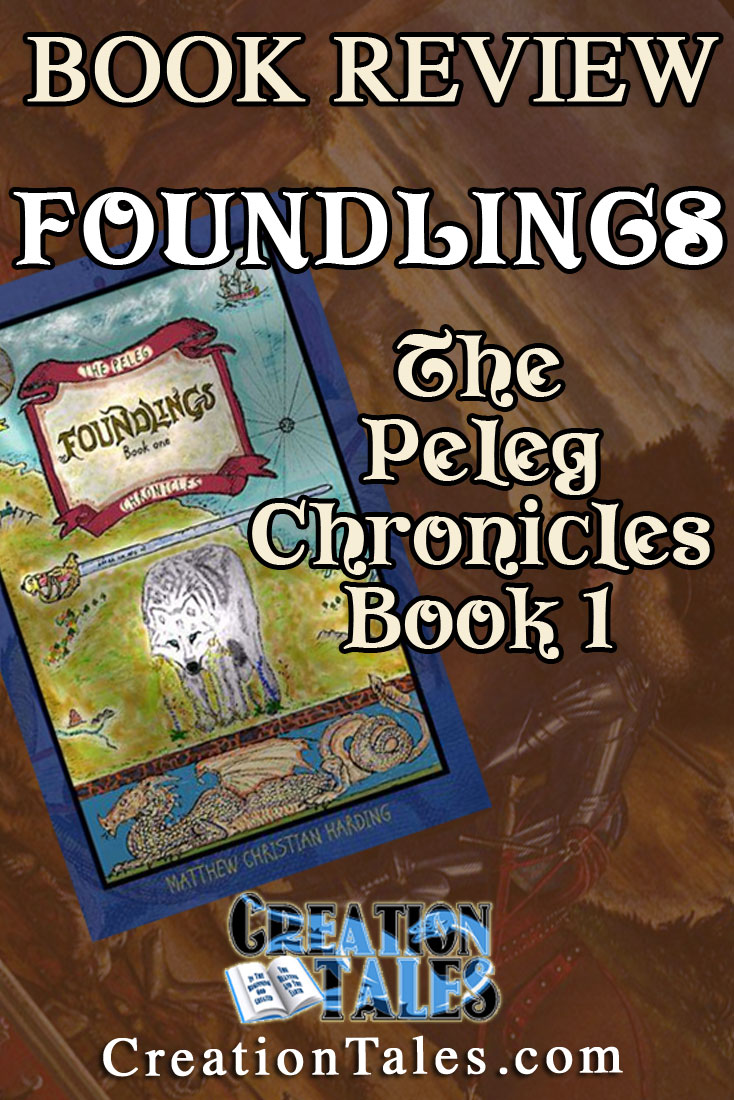 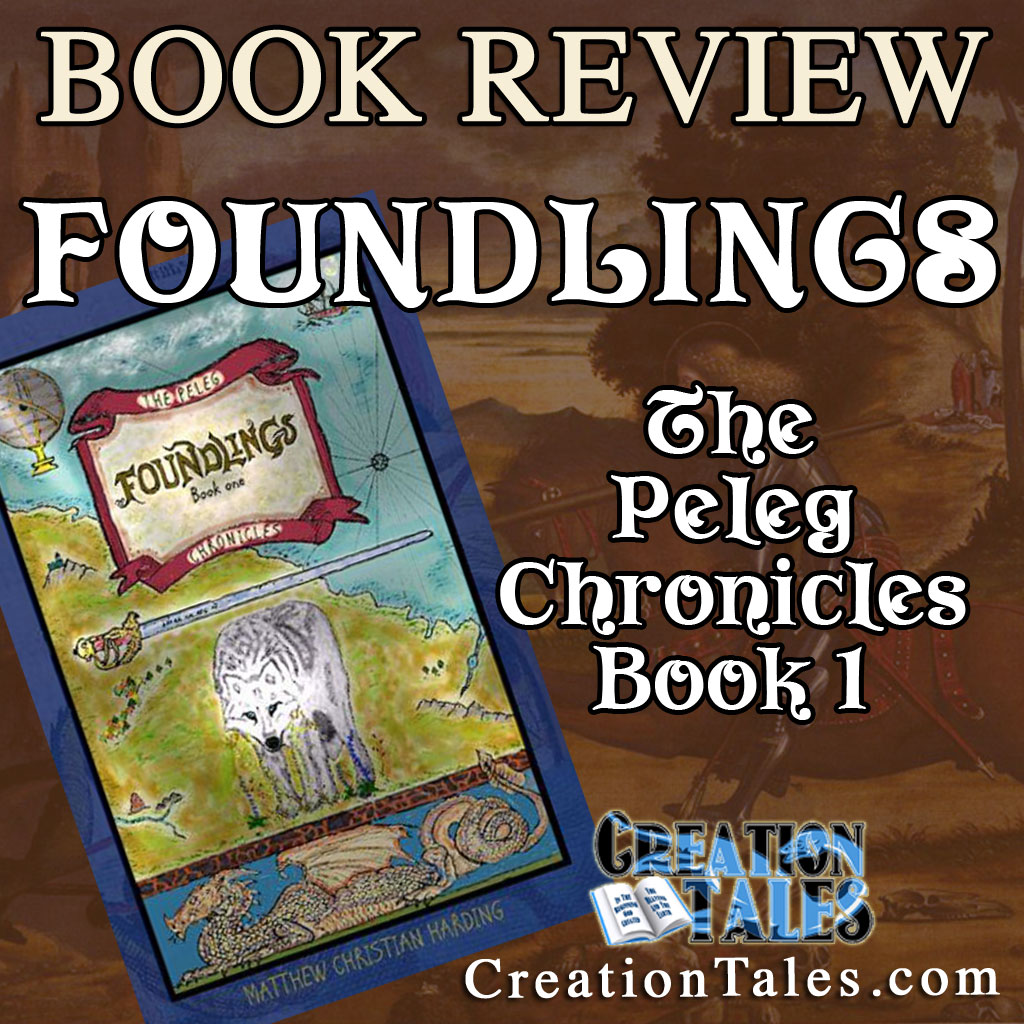