Top 10 Christian books in 2018 for your family, child, teen or young adult 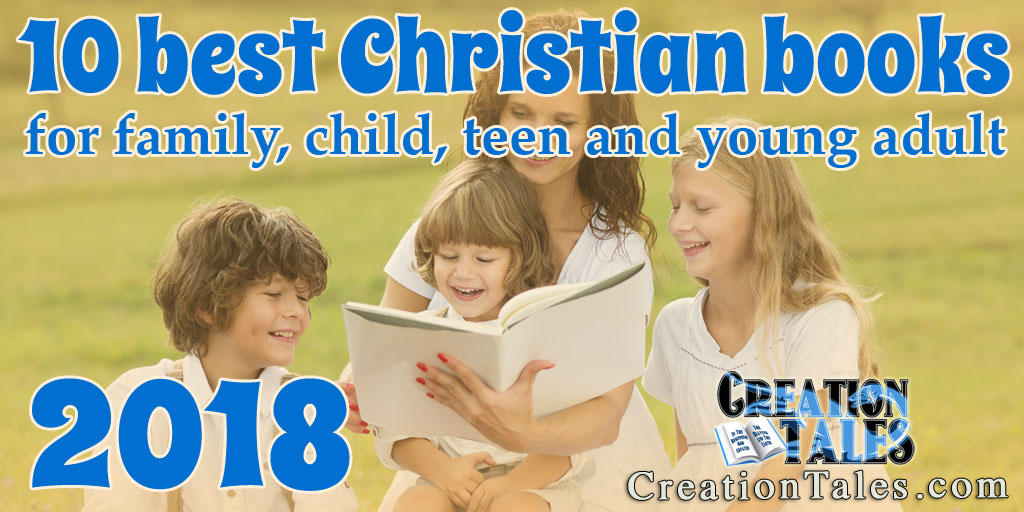 My family and I love reading books together.  What makes it better is when the stories lean towards Christian values or have Biblical paralles.  I love it when they even include scripture.  That just knocks my socks off.

Below is a list of my current top 10 Christian fiction reads.  These are books that my family and I have enjoyed recently, though two are still on the reading list to finish.  All of these are fun for kids, teens and even young adults, plus they are grounded in Christian principles!  I'll let you know if they contain scripture too.

I'm placing these in order of popularity according to Amazon.  I would probably put them in a different order, but these are still all great books.  I hope you find some new favorites here.  Let me know what you think in the comments below!

Book Description:  Heather and Picket are extraordinary rabbits with ordinary lives until calamitous events overtake them, spilling them into a cauldron of misadventures. They discover that their own story is bound up in the tumult threatening to overwhelm the wider world.

This is book 1 in a trilogy.  It's a fun story with good Christian principles.

Book Description: On a daring quest to save a life, two friends are hurled into another world, where an evil sorceress seeks to enslave them. But then the lion Aslan's song weaves itself into the fabric of a new land, a land that will be known as Narnia. And in Narnia, all things are possible.

The Chronicles Of Narnia are a gimme for my book lists.  Most people are familiar with The Lion, The Witch And The Wardrobe, but have you read The Magician's Nephew?  This is actually the last book written in the series by C.S. Lewis, but it is the first book in the story.  It's an awesome series with loads of Biblical parallels and principles.

On the Edge of the Dark Sea of Darkness

Janner Igiby, his brother Tink, their crippled sister Leeli are gifted children as all children are, loved well by a noble mother and ex-pirate grandfather. But they will need all their gifts and all that love to survive the evil pursuit of the venomous Fangs of Dang who have crossed the dark sea to rule the land with malice and pursue the Igibys who hold the secret to the lost legend and jewels of good King Wingfeather of the Shining Isle of Anniera.

Another great read with humor and adventure for families.  There are good Christian principles here and possibly some Biblical parallels.

As brothers, Xavier and Evan are used to battling each other. But now they’re discovering that there is a much bigger battle going on all around them. And it’s their turn to fight. The Prince Warriors is the first book in Priscilla Shirer’s epic new series that brings to life the invisible struggle ensuing in the spiritual realm. Xavier, Evan, and their friends have typical lives until they enter a mysterious land called Ahoratos. There they meet their guide, Ruwach, who offers wisdom and direction as the kids’ initial adventure begins—an adventure filled with armor and danger and a very real enemy.

Have you seen the movie War Room?  The woman learning to pray is Priscilla Shirer, the author of this book.  There are loads of scripture and Biblical parallels here making it a favorite for many.

The Book of the King (The Wormling 1)

“Nothing special” is the best way to describe Owen Reeder—at least that's what he's been told all his life. When a stranger visits his father's bookstore, Owen's ordinary life spirals out of control and right into a world he didn't even know existed. Owen believes the only gift he possesses is his ability to devour books, but he is about to be forced into a battle that will affect two worlds: his and the unknown world of the Lowlands. Perfect for readers ages 10 to 14 who enjoy a fast-paced story packed with action, fantasy, and humor.

This is one book I haven't been able to read yet, but it is on my list.  It's the first in a popular series and it's co-written by Jerry B. Jenkins, you know, the co-author of the Left Behind series.

Sixteen-year-old Leinad thought he was a common farmer’s son, nothing more. He wondered why his father had trained him for years to master the sword—not exactly a tool of the trade for farmers—but one tragic event initiates a world of revelation.Only then does he begin to understand his calling—a calling no other man in the entire kingdom of Arrethtrae can fulfill—a calling given him by the King himself.

This is Chuck Black's first in his series and I would say that your boys will probably like it more than your girls.  (Primarily because my wife's not big on the story.)  Leinad has tons of troublesome adventure in his quest to save the Kingdom and help it depend on the true king.  There are loads of Biblical parallels in this story. There's scripture too, but it may be translated into an old-english style of writing to better fit with Chuck Black's kingdom of knights, kings and queens.

Percy Jackson, move over! Jonah Stone is here! What if Nephilim—the children of angels and men—still walked the earth? And their very presence put the entire world in danger? In Spirit Fighter, Jonah and Eliza Stone learn that their mother is a Nephilim and that they have special powers as quarter-angels. When their mom is kidnapped by fallen angels, they must use those powers to save her. Along the way, they discover that there is a very real and dangerous war going on between good and evil and that God has a big part for them to play in that war.

I'm actually reading this book as I compile this list and I'm loving it!  It's a fantastical and almost Biblically realistic adventure about a young boy and his sister.  The two realize they are Nehilim (part human and part angel.) They quickly find themselves in a battle with the devil and his demons, though they have lots of help from God (Elohim) and his angels.

Sports Camp has everything twelve-year-old Greyson Gray needs to distract him from his father's mysterious disappearance - intense athletic competition, weird friends, and a pretty girl. But when Greyson stumbles upon a terrorist's sinister plot brewing in the observatory, a place already haunted by a chilling camp legend, he suddenly toils with two dueling worlds - one of lurking danger and mystery, the other of competition and awkward romance. Spurred on by his father's words to do what's good no matter the danger, Greyson and his faithful friends must mount a daring and coordinated heist on the observatory in order to save thousands of lives.

I started reading this ebook the other day but I'm still in the beginning.  It's popular in the Christian categories and looks like a fun read.  Plus it's the first in a trilogy.

The Ark, the Reed, and the Fire Cloud
(The Amazing Tales of Max & Liz Book 1)

Max, a Scottish terrier, takes his usual morning trot down to the loch where he hears a mysterious Voice humming in the reeds saying, "Come to Me...follow the fire cloud." He embarks on an unknown journey from Scotland, meeting other animals along the way including Liz, a brilliant, petite black cat from France. Max and Liz become the brave leaders for their group, and eventually, for the entire ark.

This is the first in a large series by Jenny L. Cote.  We picked up the paperback at a homeschool library and read it a year ago.  (We're further in the series now.)  I include this book because it's the first one.  Your kids will love it and so will you!

It was in the days of Peleg when the world was divided. After the flood of Noah, after the Tower of Babel and the dispersion … when beasts were more numerous than men.Two orphans, Thiery and Suzie. The Lady Mercy without a protector. Priests of the dragon, Baal and the Queen of Heaven are seeking sacrifices for their false gods.In a land of giants and dragons, and men running from the knowledge of their Creator, wickedness spreads as a plague, but a remnant of faithful souls shine in the darkness.

This is last in the list because that's where Amazon ranks it, but I love this book because of the scripture and Biblical parallels.  It may be your first read here because it's FREE on Amazon.  It's the first in a series and I highly enjoyed it.  I'd say it's like Lord Of The Rings but it's aimed at kids and has more obvious parallels to the Bible.  (It takes place in the days of Peleg, just after God split the nations of the world at the Tower of Babel.)  Check it out!

What do you think?

Are there books that I should add to the list? Any comments on the books above? Let me know what you think in the comments below. 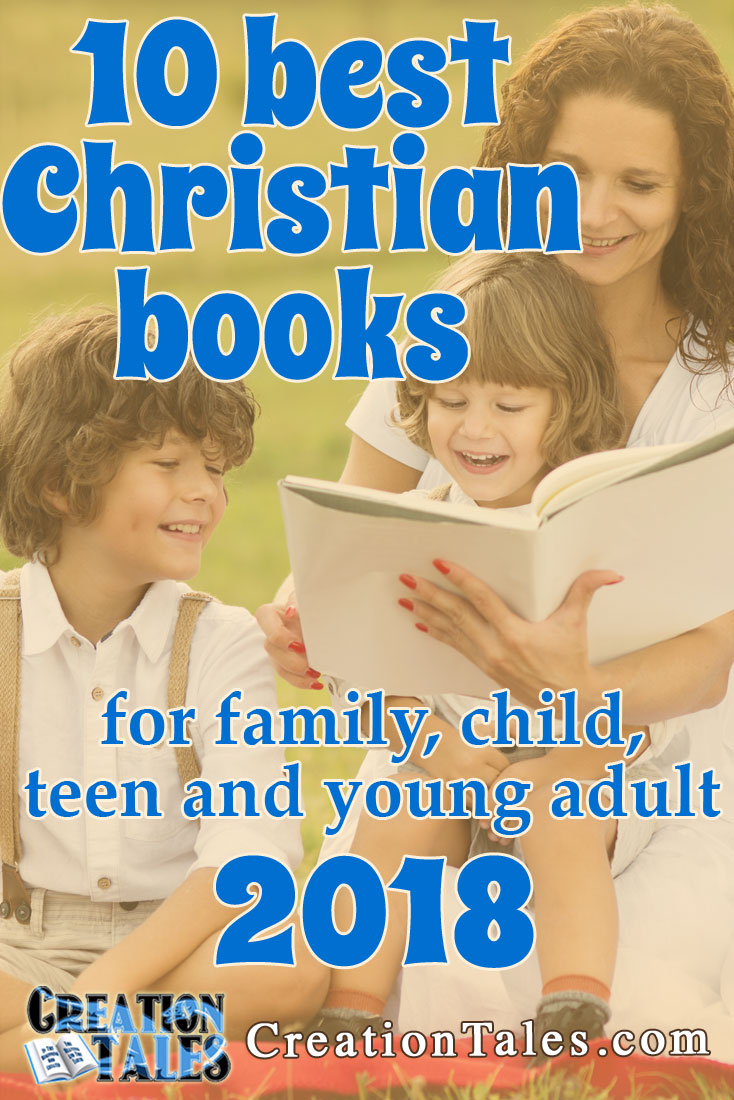 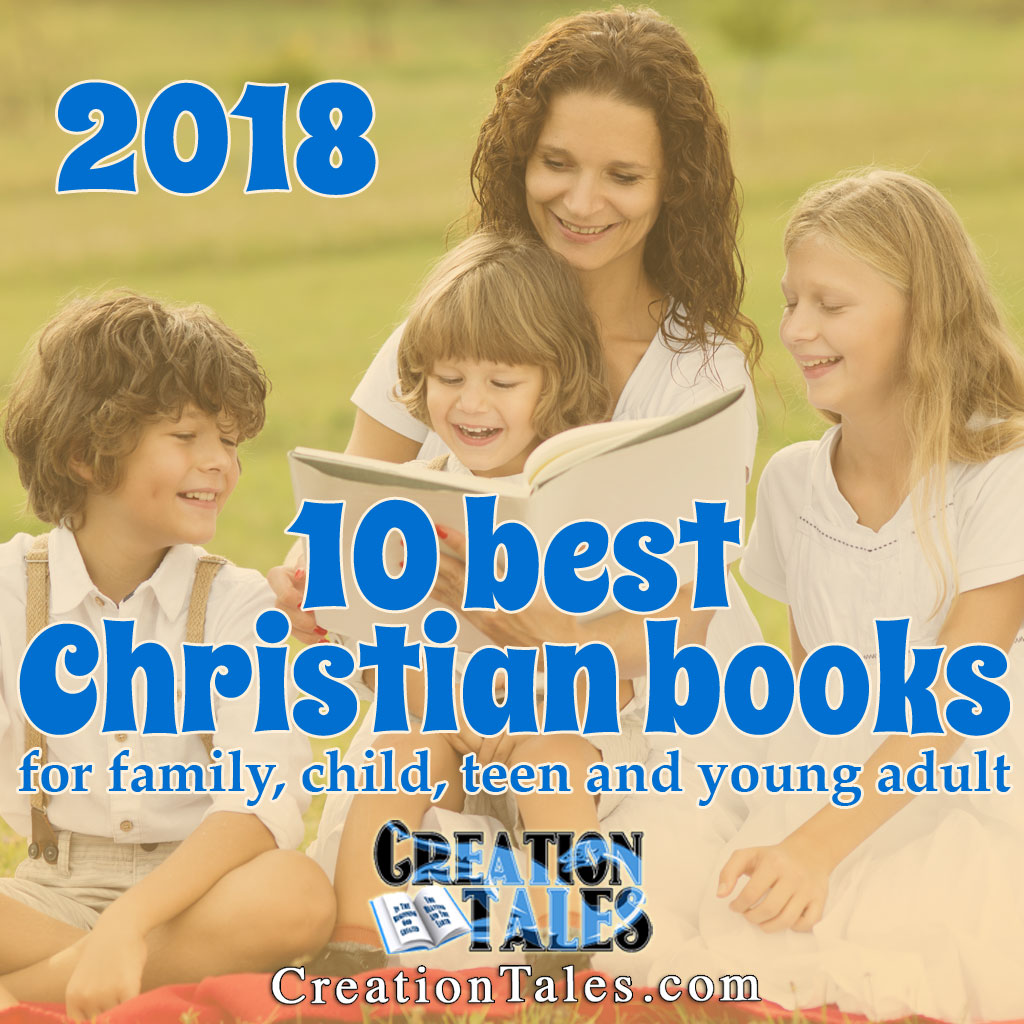