Book Review - On The Edge Of The Dark Sea Of Darkness 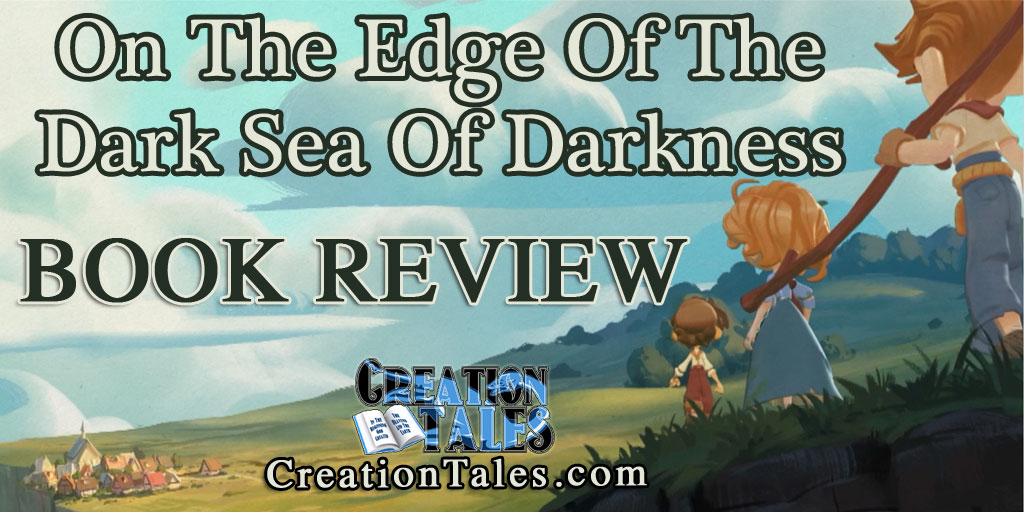 You're going to love On The Edge Of The Dark Sea Of Darkness. It's a fun and imaginative story that I really enjoyed. The opening preface really draws you in with it's humor. It's very snarky and goofy and it gave me several good laughs. The preface is written differently from the rest of the book, but it's all still good!

Here's a quick rundown on the story. It begins in the country of Aerwiar, named that way because that's what the first man said when he was created - "Here we are." Over the years that phrase became a slang word that eventually turned into the name of the Kingdom. Aerwiar was a peaceful kingdom until a threat came from a nameless evil that was named Gnag The Nameless. See what I mean? This book is based on a nameless humor that's named, well, maybe it's not named. It could be "memed". Either way, it's a lot of fun.

Gnag The Nameless lived across the Dark Sea Of Darkness in the country of Dang. He and his evil minions, the Fangs of Dang, crossed the sea and conquered Aerwiar and invaded the neighboring countries. On The Edge Of The Dark Sea Of Darkness takes place in one of those invaded countries, Glipwood. It follows the tale of the Igiby family kids: Janner, his brother Tink and their crippled sister Leeli.

The Igibys are living under horrible circumstances because of the cruel Fangs of Dang that now rule over their country. One particular Fang, named Slarb, decides he hates the Igibys and causes big trouble for them. Slarb's hatred unravels a number of problem for the Igiby family, and eventually the Fangs of Dang! In the end, the good people of Glipwood are forced to stand against the evil fangs. Will they win? We shall see! Maybe you should read about this nameless evil named Gnag!