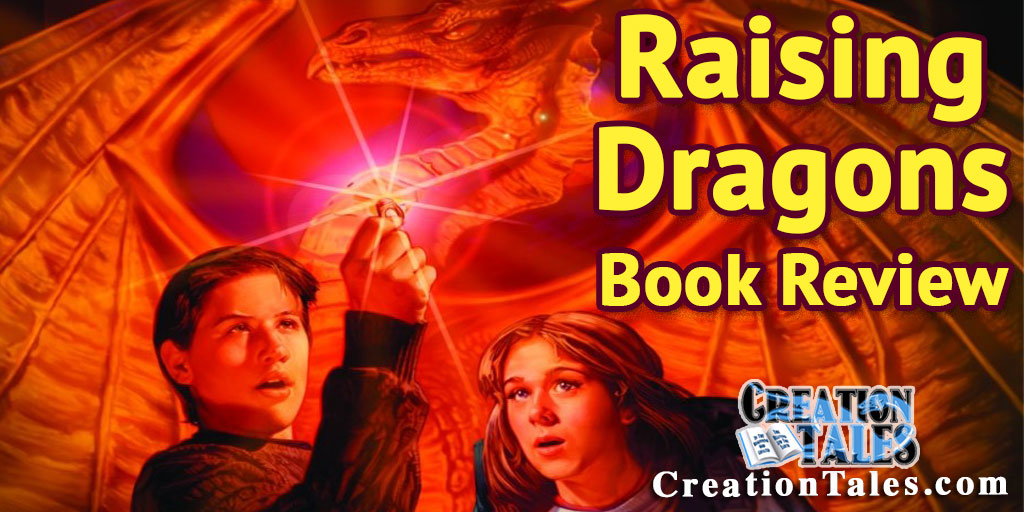 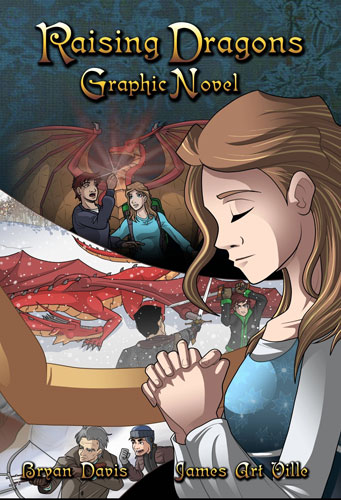 My family and I stumbled onto another hit series that you really should check out! No, we didn't binge watch Netflix all weekend. Instead, we enjoyed another audio book during a long drive to a vacation destination. I'm talking about Raising Dragons, book #1 in the 'Dragons In Our Midst' series by author Bryan Davis.

Firstly, let me tell you how I stumbled onto this series. This book was not in any current top ten list that I found online. When looking for Christian books to read I sometimes surf through Amazon's top 100 middle grade list. I didn't find it in the top 100 list either. (Although I believe it is about number 99 when I directly look in its category.) In hindsight, it's a bit surprising that I didn't find this book through my regular searches. The series has quite a following, which I'll talk about in a minute.

Quick side note: I've told you before how I was surprised to find a number of good Christian books available out there for our kids. There's an abundance, we just don't see them in the everyday mainstream stuff. Well, that's NOT the case with audio books.  There are not as many Christian, middle grade audio books available.  That's not good. Especially since our technology is turning more and more towards digital material.  People are reading more e-books and even listening to more audio books through services like Audible and Google Play. Why aren't there as many audio books? Because they take a bigger investment for us Authors, more time and money.  Unfortunately not as many of us have converted our books to audio. I hope we'll all take the bull by the horns and add our Christian voice in this growing arena soon. I know I plan to.

When I first found Raising Dragons, I honestly thought it looked a little old. I passed it by, but I kept it in my wish list so I might consider it later. Over the course of several months, and after looking at it several more times, I finally purchased it. (I had extra audible credits anyway.)

On our recent family vacation, we listened to it. My family highly enjoyed it. There aren't many books about young men hitting puberty and accidentally breathing fire when they get angry. It was an entertaining, coming of age concept! Plus, there's a humongous family secret that our main character doesn't know about! 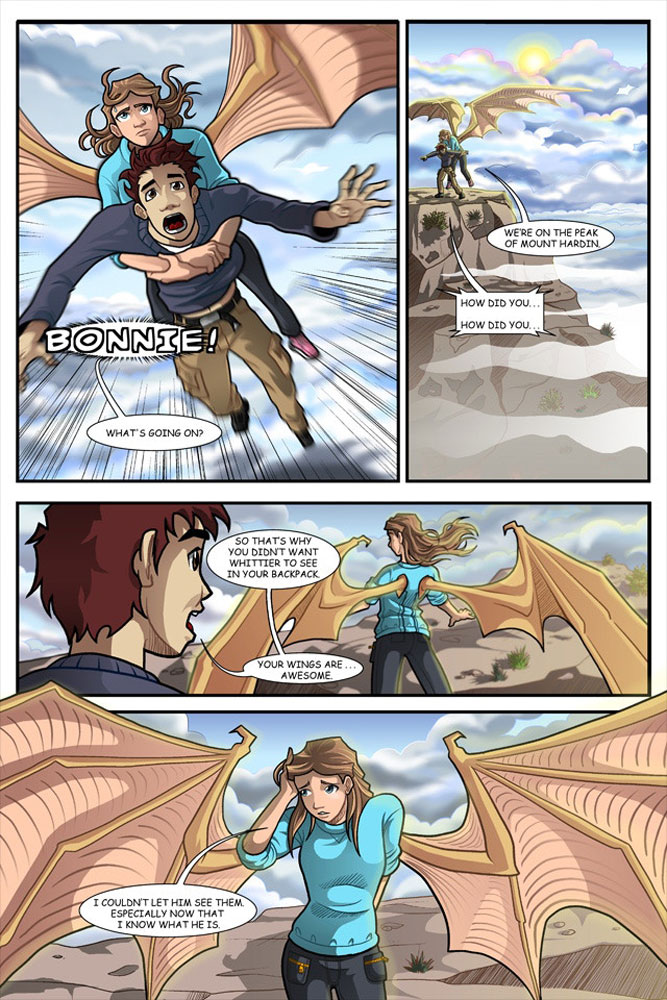 Here's the story in a nutshell: 'Dragon Breath' Billy is hitting some personal challenges. His body is changing. He thinks it's just puberty but it's not. The truth is, there's more to Billy than meets the eye. He just doesn't know it yet. Billy didn't have any good friends, so good fortune smiles on him when he meets Bonnie. She's an unsual foster child who has a secret of her own. She keeps it hidden away in a backpack that's always on her back. The school kids make fun of her and call her backpack Bonnie.

Through some unfortunate events, Billy and Bonnie run into the new principal at their school, Dr. Whittier. He's kind of nice at first, just a bit quirky. However Principal Whittier has the most dangerous secret of all. He's really a Dragon Hunter from old. His family was commissioned by the legendary King Arthur to hunt down all dragons and destroy them.

This book is a fun concoction of Bible scripture, legends from King Arthur, kindly dragons who just want to live and young teenagers who are coming of age.

This is the first book I've reviewed that also had a movie made from the story. I'm serious! There is some serious fandom following Raising Dragons. A company named 'Christian Friends Productions' teamed up with the author and created a low budget movie version of the book. Reviews are a bit harsh on the computer graphics and the acting skills of one character in particular, but it still sounds amazing. Here's the trailer.

There's a different trailer at this link too: https://www.christianfriendsproductions.com/apps/videos/videos/show/18631392-raising-dragons-release-trailer 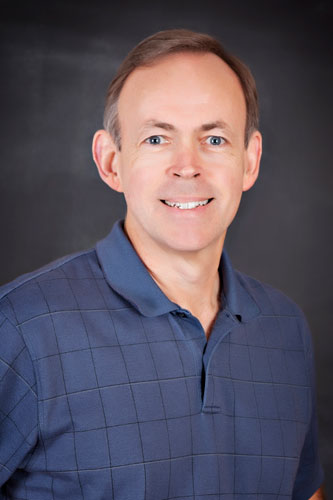 It that weren't enough, there's more fandom for this sereis! A graphic artist named James Arthur Ville teamed up with the author and published a graphic, 150 page, comic book version of the story! The cover of that book is shown at the start of this blog. You also saw a page from the graphic novel, depicting Bonnie's big secret when she saves Billy from a mishap with the school principal early in the story.

A note about the author (pictured on the left) and the Christian nature of this book.  Bryan Davis was a seminary student and his book is Christian in nature. The book begins by quoting a Dragon oracle that is very similar to scripture. While it doesn't openly try to win you to Christ, the characters are very convicted by their Christian principles. In fact, Billy reads the Bible. Billy's father also uses the Bible to explain about Dragons.

My family and I all enjoyed Bryan Davis's book, and the audio book interpretation read by Peter Sandon. (He's the same narrator that read Andrew Peterson's book "On The Edge Of The Dark Sea Of Darkness".) Give Bryan Davis's book a read or listen!  Then let me know what you think in the comments below! 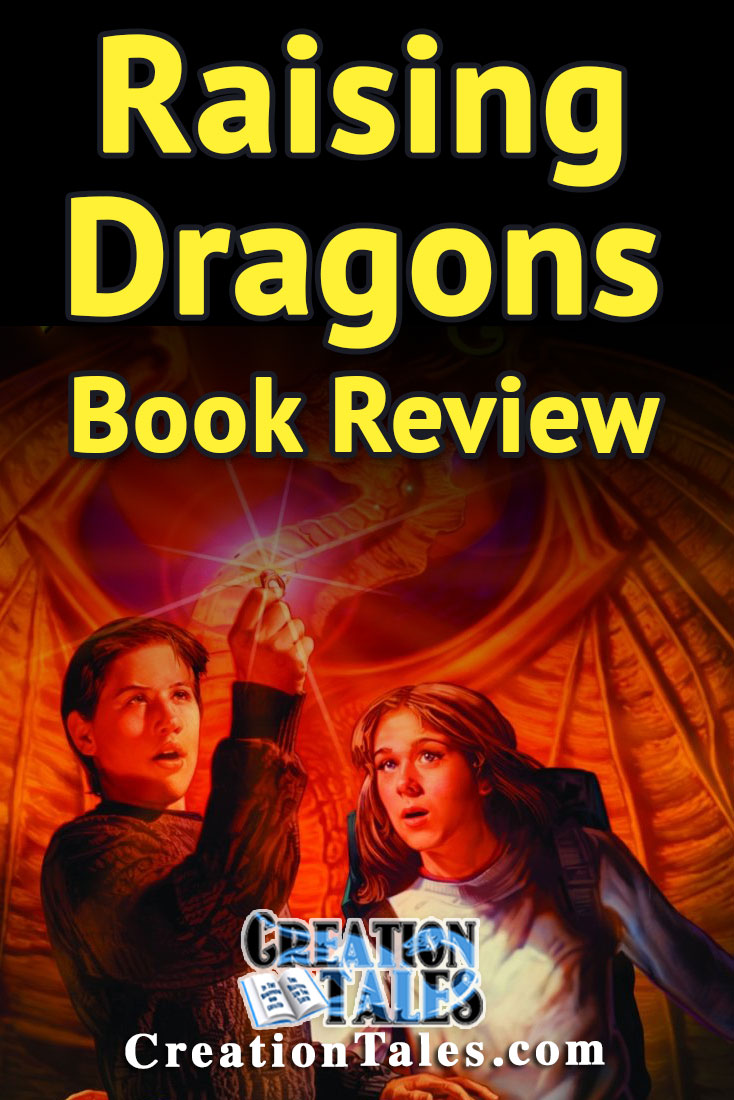 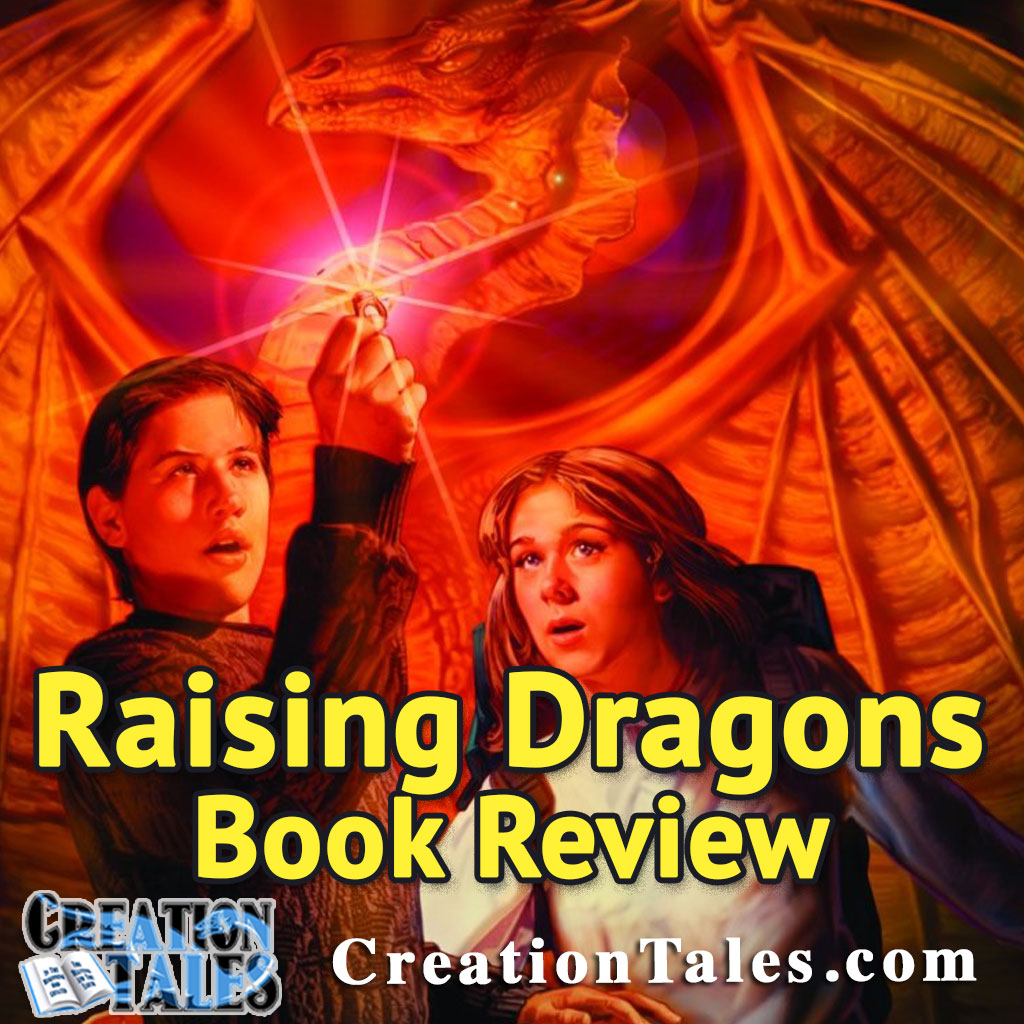