If you're behind the times, like I am right now, then you likely haven't heard about the new movie "Genesis, Paradise Lost" coming to theaters in less than two weeks! I vaguely remember hearing about this project a couple years ago, but I'm not even sure this is the same movie I think I remember! Although, it has been in production for five years!

The subject of the movie: the book of Genesis. This book is one part of the Bible that has had more scrutiny and abuse than any other, because it explains the origin of the universe. So what exactly happened at "Creation" in "The Beginning" you ask? This movie will explain! Here's the trailer:

Genesis: Paradise Lost is being released on Monday November 13th at 7PM in theaters across the country.
Check here to find your local theater.
It's slated to entertain and educate the whole family. Digital animation is woven in with commentary from top notch scientists, educators and popular speakers. Plus the exclusive movie event includes a panel discussion with leaders from both the science and faith communities. 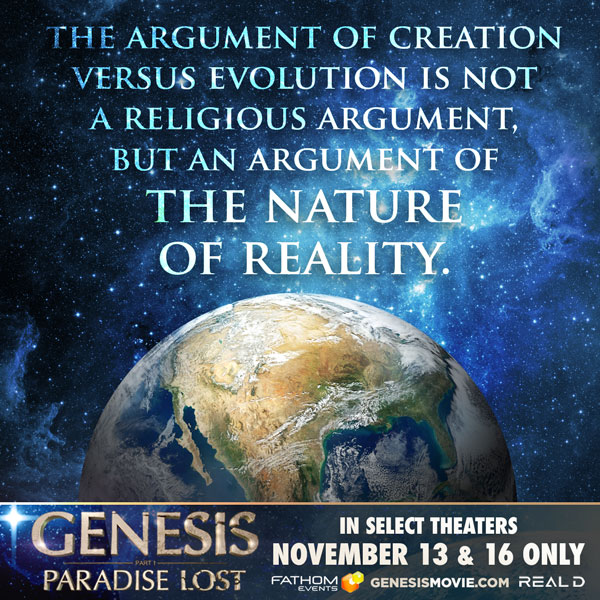 Not convinced it's for you? Check out these hefty endorsements!

"I love seeing the quality of what the GENESIS producers have done and the truth it presents. This is something we can truly get behind because it will arm those in the faith with the biblical information and worldview needed to fight for truth!”
Alex Kendrick, Director of War Room, Fireproof and Courageous

"I am so excited that the message of God's record of history at its beginning is now a 3D film project, and that it is already resonating with so many people. This high-tech film for the big screen reveals God's historic account of Creation. More importantly, it offers an invitation to the viewer to enter into a relationship with Christ."
Ken Ham, President & CEO, Answers in Genesis and Creation Museum

As for me and my family, I always want to support efforts that promote creation science and the Bible. It's a subject that is really important to me. I admit, being the Dad in a family of 6 and working in a single income household can make that hard. But my wife and I are way overdue for a date night. Maybe I can talk her into a movie night, and then afterwards we can stop for some hot chocolate, if it's still cold. Are you going? Tell me what you think in the comments below! 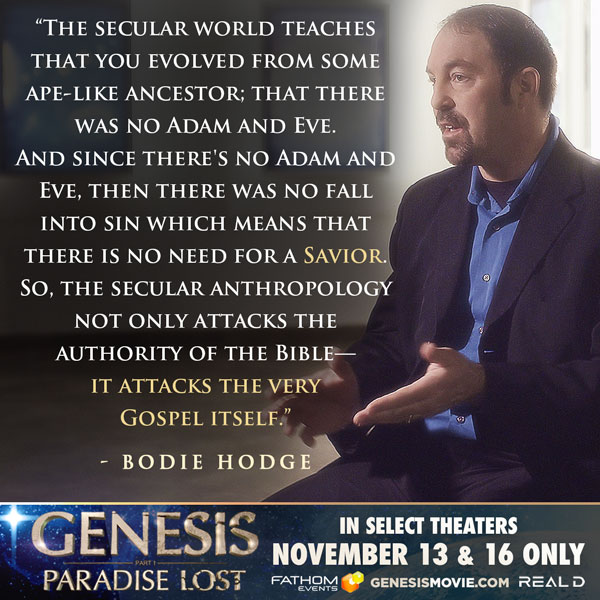 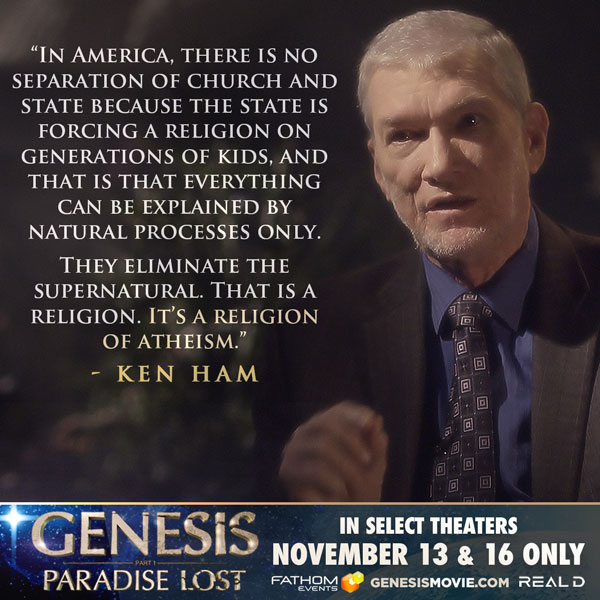