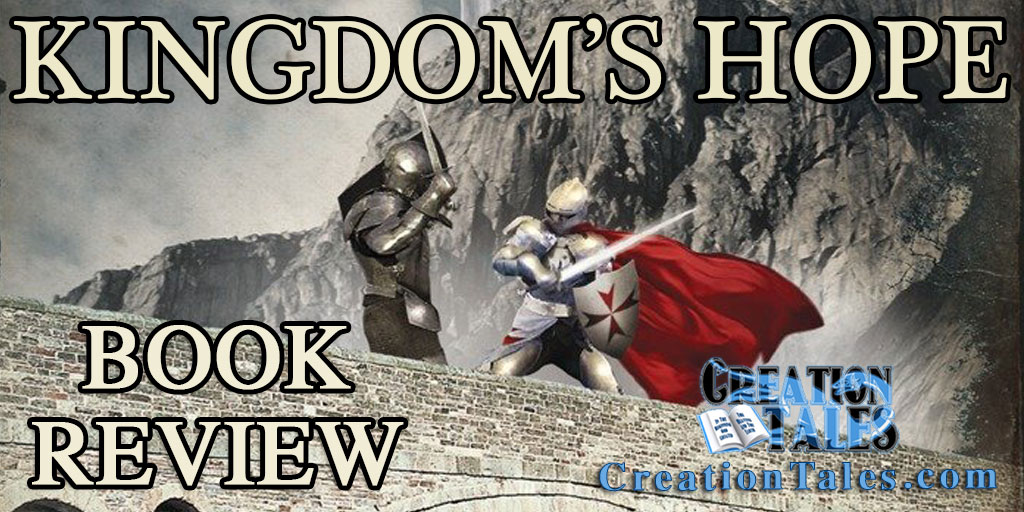 If you like Kingdom's Dawn, the first book from the kingdom of Arrethtrae, then you'll definitely enjoy Kingdom's Hope.  Chuck Black's second book continues an excellent story that still mirrors Bible history.  What I like so much about this series is the author's overall reminder of why we're all here, why we exist.

If you're a strong Christian then you probably believe that God created us and gave us a mission. The Bible tells us we are supposed to take dominion and increase. In other words, take charge of our place in life and be successful.  The Son Of God, Jesus, then added to our mission.  He said we also need to tell people about His love and His sacrifice, His good news.

But sometimes we get lost in our quest and end up filling our lives with work and play. We work all day long and then spend the evenings taking our kids to activities like sports or even church events. These things end up becoming distractions.  They steal our time and we easily forget the reason why we're alive.

In Kingdoms Hope, Chuck Black reminds us that we are here for a reason. We are here to follow the calling given to us by God. Through thick and through thin, God is always there.  He's waiting for us to successfully complete our mission.

Here's a brief synopsis of Kingdom's Hope: (Don't read this part if you don't want to spoil the story.)
Leinad faithfully continues his adventure, just as the King had commanded him in the first book. He continues his battle to save the people of Arrethtrae.  He is successful as they find peace and establish their home.

Leinad is established as a true night to the King.  He follows the King's code and loves his fellow man. Leinad even refuses to kill the enemy when it comes to battle, and this doesn't appear to help. People begin to take advantage of him. Even so, God's grace and favor still seem to help Leinad and his people in Arrethtrae.

As time passes, the people of Arrethtrae eventually tell Leinad that they want a king to lead their kingdom.  Leinad loves his people, but he has no desire to be their king.  He's a knight, and he'd rather have somebody else lead the people, so he finds and appoints a worthy friend of his to be the official king.  The new king has good intentions, but his new power begins to go to his head.

The King eventually marries the leading woman from a neighboring territory.  This is a very bad move and it corrupts Arrethtrae. The woman is power hungry and she only marries the king for his power and money. She's quite despicable, yet somehow the people of Arrethtrae like her. She becomes their queen and the city is led astray.

Being the true knight that he is, Leinad eventually confronts her. You can imagine the battle.  There is trouble, but without giving away too much of the story I'll tell you that Sir Leinad saves the day once again. Afterwards, Leinad appoints a new King, one that that appears to be faithful to the kingdom of Arrethrae.

At this point the story takes a new turn.  The true King of Arrethtrae, Leinad's King, or you could also say The Lord, calls Leinad to fight in a mighty battle.  This fight is one for the entire world, not just the kingdom of Arrethtrae. It's the ultimate fight between good and evil, Heaven and Hell.  The enemy attacks Leinad's Kingdom and troubles pursue.

Book 2 ends at a new climax and points us in a different direction for the Arrethtrae series. Book 3 will be a tale from a new character.  Leinad is getting a break from the future battles.

I must say, I found one part of the ending to be a disappointment. You see, Leinad loses something very valuable and important. It happens very quickly and it hit me as a shocker.  It's one of those moments in a book that makes you wonder how much one person can take. I will say, the tragedy was handled with grace, so it didn't seem so bad once you read all the way through the event. Still, I wish our main character didn't have to go through so much!  It seems like Leinad can't get a break and must face trouble after trouble.

Despite this tragedy, I encourage you to read Chuck Black's Kingdom series! Kingdoms Hope follows Bible history and teaches it from another perspective.  It's a parable, like one from Jesus.  It's a story that promotes some historical value and some about God's personality.  It's a good book and it's only part 2 in the 6 book series! 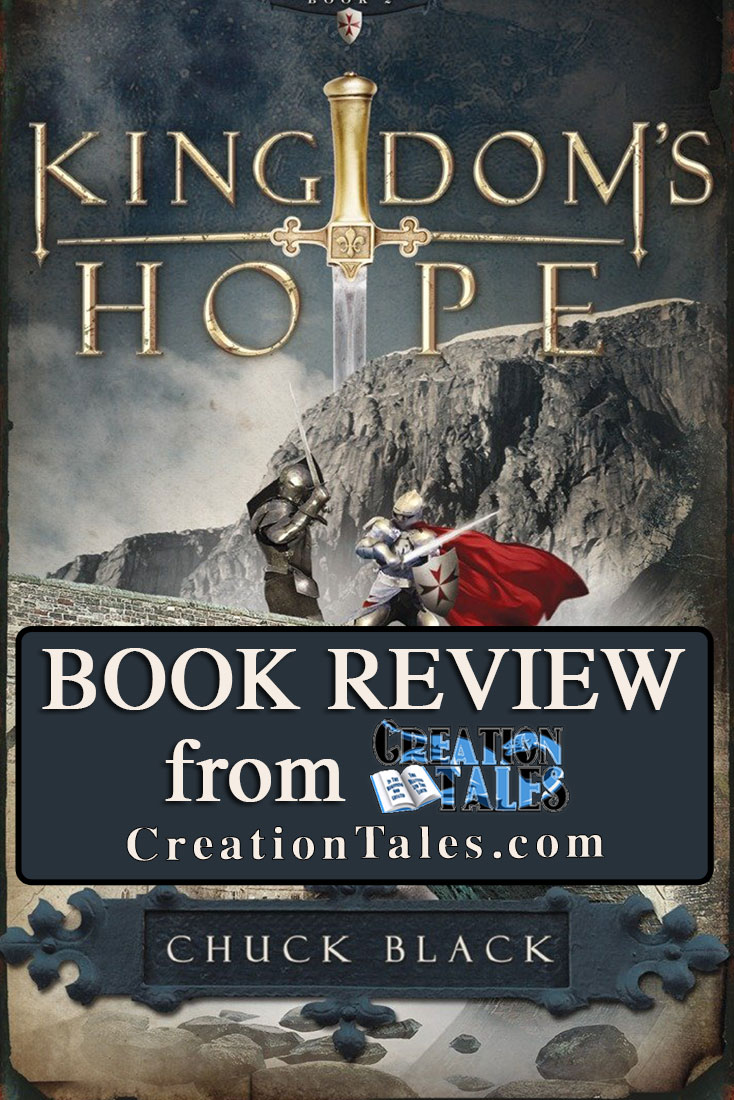 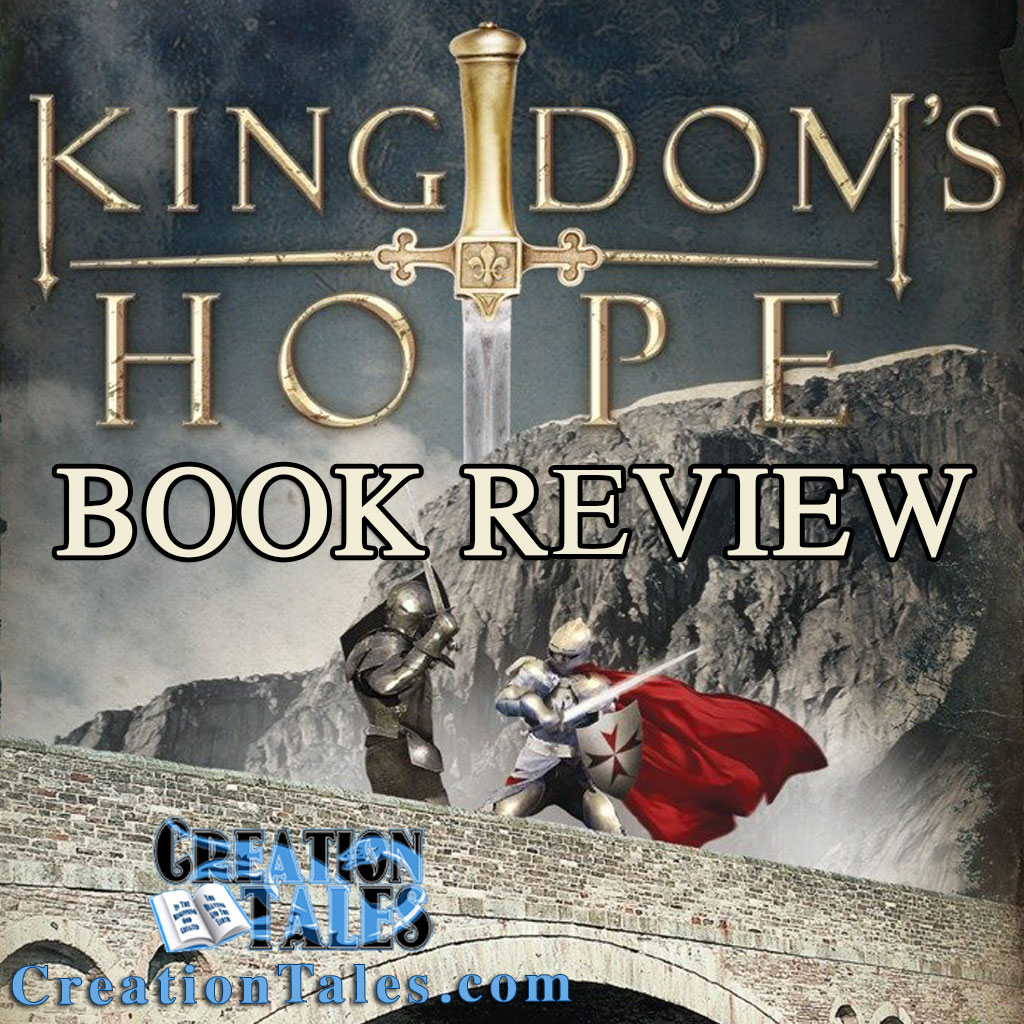