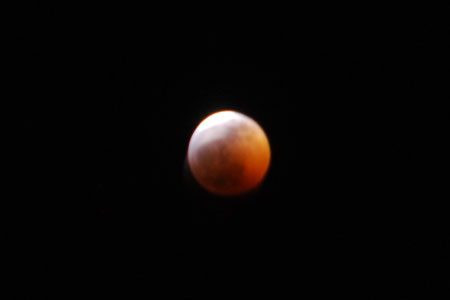 My family and I love eclipses.  We were able to witness the 2017 solar eclipse in grand style back in 2017.  We took a day trip to the Missouri State Capitol, Jefferson City, to join people from all over the state watch the eclipse in the best possible location.  There was a grand countdown, and while we waited we were able to meet an astronaut and do some other cool things.  It's a memory we'll never forget.

Sunday's Super Lunar Eclipse, or Super Blood Moon Eclipse, brought back some of those memories.  It was so neat to step outside before 10PM and see a super bright moon.  Then before you know it, there was a shadow creeping across.  By the time the shadow covered the face of the moon, it turned rusty red.  The whole family stayed up and kept going out to check.  It was great, though not as fun as the big celebration in Jeff City.

Why do I like eclipses so much?  Because "The Heavens declare the glory of God"!  It's another witness that God made everything we know.  And what's neat is that the heavens are a kind of watch that God spun into motion.  Every day starts with sunlight and ends with darkness.  Every month or so there's a new moon.  Every year there's a new spin around the sun.  God put it in motion, and we can count on it.  Just like we can count on his love.

Plus it's so neat to witness something that is so much bigger than ourselves. To actually watch the shadow of the planet, I'm standing on, cover the face of the Moon was amazing. And that's something that our God put in place too! This awesome big planet that I stand on is just another one of the things that our God made.

I hope you and your family were able to enjoy the eclipse!  I pulled out my wife's camera and took the best pictures I could.  I thought I'd share them with you here.  Unfortunately I didn't take the time to take many pictures of my family enjoying the event. I did get one shot of my littlest one, Aniah, sticking out her tongue at me under the camera.  Little stinker! 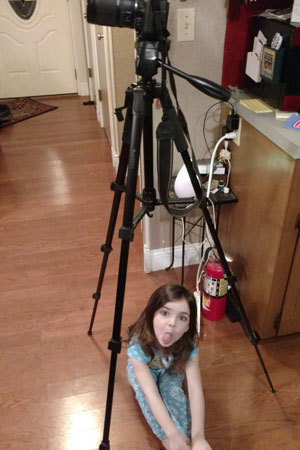 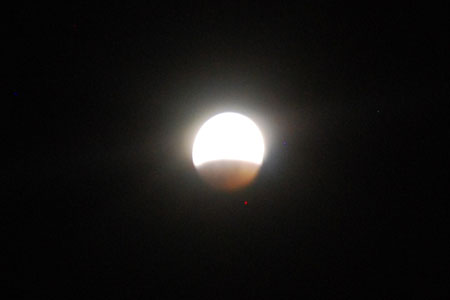 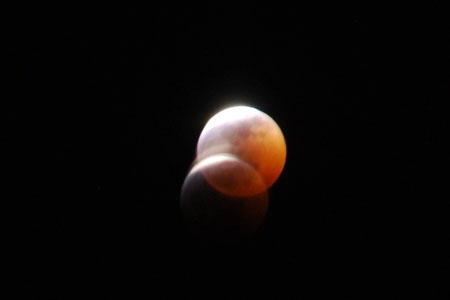 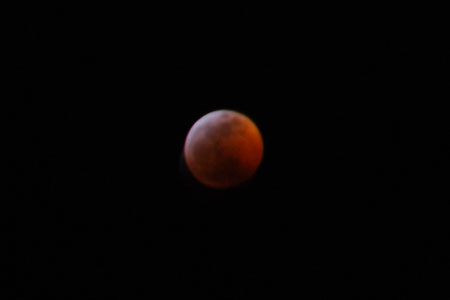 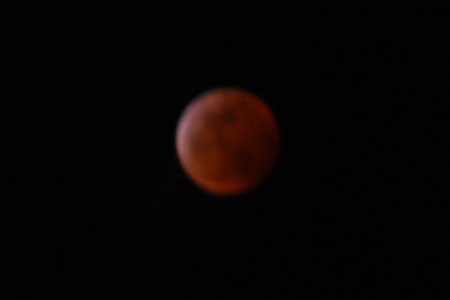